The Act also replaced the 19 existing powers to deal with anti-social behaviour with 6 simpler, more effective powers designed to provide better protection for victims and communities 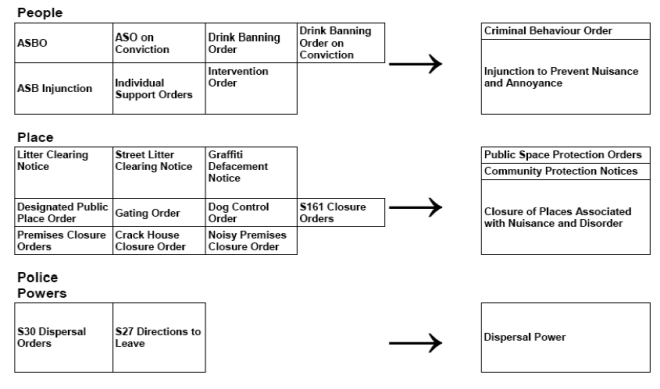 ASBCP Act 2014 specifies the transitional arrangements for existing powers, which unless revoked, remain in force for three years from the commencement date of the new Act.

In Exeter, existing Gating Orders, Dog Control Orders and Designated Public Place Orders will remain in force until 19 October 2017 or until they are discharged by the Council, whichever is the earliest. Orders still in force on the 19th October 2017 will become automatically become Public Space Protection Orders.